“Albert, called by God’s favour to be patriarch of the church of Jerusalem, bids health in the Lord and the blessing of the Holy Spirit to his beloved sons in Christ, B[rocard], and the other hermits under obedience to him, who live near the spring of  Elias on Mount Carmel.”

This is the prologue of the Carmelite Rule, also known as the Rule of St Albert, written between 1205 and 1214 by St Albert of Jerusalem whose feast day is 17 September.

Albert Avogadro was born in the mid 12thCentury in Castel Gualteri in Italy.  He entered the Canons Regular of the Holy Cross at Mortara and was elected prior in 1180.  In 1184 he was appointed Bishop of Bobbio and the following year Bishop of Vercelli, before becoming Latin Patriarch of Jerusalem in 1205.  He did much to foster and preserve peace in the Holy Land and encouraged new movements of religious life, including the Carmelites. His Rule ratified the way of life the hermits were already living and gave them the security of official recognition by the Church.  Albert was murdered at Acre on 14 September 1214, literally stabbed in the back by a member of the Hospitaller Order during a procession for the Feast of the Exaltation of the Holy Cross.  Albert had earlier censured this man and deposed him as prior, for immoral behaviour. 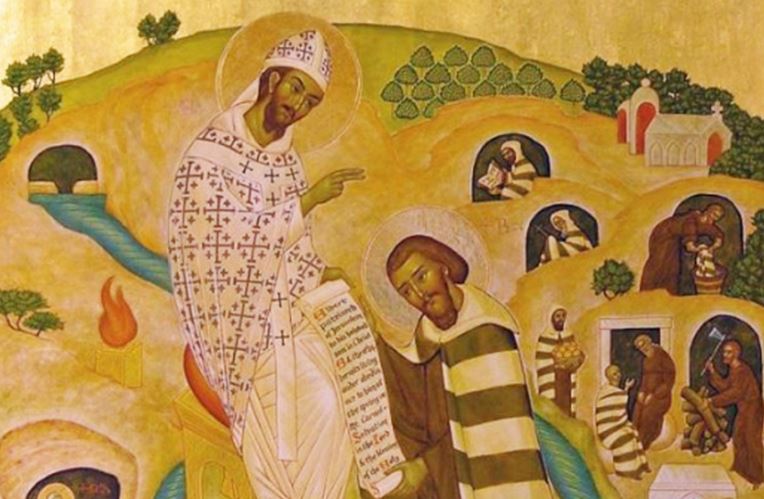 The Rule of St Albert is the shortest of all the major religious rules (it will fit onto a single sheet of A4 paper) but it is absolutely packed with spiritual wisdom. It shows that St Albert was steeped in the scriptures and that he put the Word of God into practice in his own life. It also reveals Albert as a pragmatic man, someone who could make concessions in cases of need.  We do not have the complete original text of Albert’s rule, which was amended by Pope Innocent IV in 1247 to allow the Carmelites to adopt the lifestyle of mendicant friars. However, linguists and historians have been able to more or less identify the additions made by Pope Innocent.  Today, this 1247 version of the Rule is observed by the whole Carmelite family – friars, nuns, religious sisters and laity.

Full text of the Rule of St Albert

More on St Albert and the Rule from our Sisters at Kilmacud Carmel, Ireland

Article on Insights from the Carmelite Rule by Fr Nicholas Blackwell O.Carm