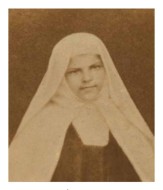 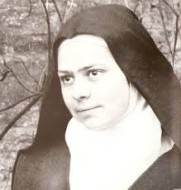 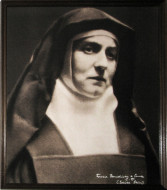 Through the centuries many people have been attracted to the life and ideals of Carmel, and the Church recognises many of them as saints. Each one was seized by an ardent love for God, and each one contributed something unique to the life and spirituality of Carmel.

Elijah
Elijah has long been associated with Mt Carmel and has sometimes been regarded as the legendary founder of the Order. He is a model of zealous love, prophetic witness and intense contemplative prayer. The Order has his statement from 1Kings 19:10 as its motto, “I have been very zealous for the Lord God of hosts.”

Mary
Mary is regarded as the Queen and Patron of Carmel, and Carmelites see themselves as dedicated to her service.

St Albert
When the first hermits wanted to formalise their way of life they approached St Albert, Patriarch of Jerusalem for a written rule. The Rule of St Albert continues to guide Carmelites today with its unique blend of spiritual quotations and practical advice.

Teresa of Avila
Teresa is known throughout the world as a teacher of prayer and guide of the spiritual life. Her advice is at once sublime and practical. Her reform of Carmel in the sixteenth century eventually gave rise to the Order of Discalced Carmelites, to which the nuns belong.

John of the Cross
John was a companion and co-worker with St Teresa. He helped found the new Order of Discalced Carmelite Friars, and was highly regarded for the wisdom of his spiritual direction. His poetry and spiritual writings are some of the most important in Christian history.

Thérèse
Therese is often referred to as the ‘Little Flower’ and is perhaps the most famous of all Carmelite saints. She grasped to the full St Teresa’s maxim that what matters is not the greatness of our works, but the love with which we do them. Her ‘little way’ continues to inspire many today.

Edith Stein
Edith Stein, or Teresa Benedicta of the Cross as she was known in Carmel, was a philosopher and Jewish convert to Catholicism. She entered Carmel in 1933 and quickly understood its role of prayer for the world in a time of war and violence. She died at Auschwitz in 1942, witnessing as always to the truth of God’s love.